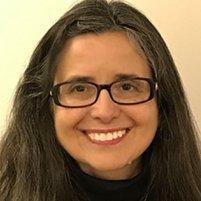 Vaginal infections can include yeast infections, BV (gardnerella,) and trichomonas. Prompt treatment is important for a full recovery, and OB/GYN Dr. Andrea J. Capalbo is ready to provide treatment for vaginal infections and other gynecology services of all types to patients in Midtown, New York.

What is a yeast infection?

A vaginal yeast infection occurs when the quantities of bacteria and yeast cells within the vagina change, leaving overly high levels of yeast. Many factors can trigger this change, including antibiotic usage, high sugar intake, hormonal imbalances, stress, pregnancy, and a weakened immune system. Vaginal yeast infections cause issues such as: intense itching in the vagina, white or gray clump-like vaginal discharge, redness, a burning sensation during urination, and pain during intercourse.

How are yeast infections treated?

In the case of a simple yeast infection, a 1-3 day treatment cycle is usually prescribed. This treatment may be in the form of an antifungal cream, tablet, or suppository. Treatment commonly includes options such as: fluconazole, miconazole, and Monistat. In severe or chronic yeast infections, a longer treatment course may be required.

What is gardnerella vaginitis?

How is gardnerella vaginitis treated?

Treatment for gardnerella vaginitis is focused on symptom relief. The most common treatments include metronidazole and clindamycin, either orally or applied topically. Treatment is important, even if a woman doesn't have symptoms. If not treated, gardnerella vaginitis could contribute to the development of more serious issues, such as pelvic inflammatory disease. Pelvic inflammatory disease causes problems like infertility and chronic pelvic pain.

What is a trichomonas infection?

A trichomonas infection is a common sexually transmitted infection. Although it has no symptoms in most cases, it can cause problems like frothy and unpleasant smelling vaginal discharge, burning or itching in the vaginal area, swollen or inflamed genitals, increased frequency of urination, and pain during intercourse. In cases where symptoms are present, they typically appear 5-28 days after infection.

How are trichomonas infections treated?

Trichomoniasis are effectively treated with antibiotics such as metronidazole or tinidazole. This infection is usually cured in a week or less. If not treated, trichomonas can contribute to the development of more serious issues, such as pelvic inflammatory disease.

At Dr. Capalbo's office, we accept most major insurance plans. Here is a short-list of just some of the most popular plans we accept. Please contact our office and ask for Trish if you do not see your insurance provider listed here.

Words from our patients